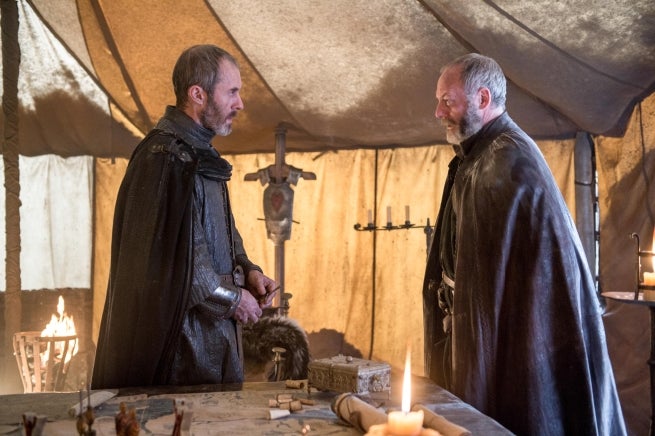 Stannis Baratheon made a big decision on this week's episode of Game of Thrones, one that couldn't have been easy. So what did he hope to gain from that choice?

SPOILERS for "The Dance of Dragons" follows.

In case you haven't been paying attention to the things happening on screen during the show, Stannis previously had refused to burn his daughter, Shireen, to unlock the power in her King's Blood. After Ramsay Bolton's raid on Stannis' camp, he had no choice left.

Presumably he's hoping for Melisandre to provide him with a way to defeat the Boltons. Previously, Melisandre has used her magic to summon a shadow assassin from her own womb to kill Renly Baratheon.

Given that the Boltons are holed up in a perfectly defensible castle, a single shadow assassin probably isn't going to solve Stannis' problems. We'll have to wait and see what she pulls out next.

Game Of Thrones: Why Did Stannis Do That?