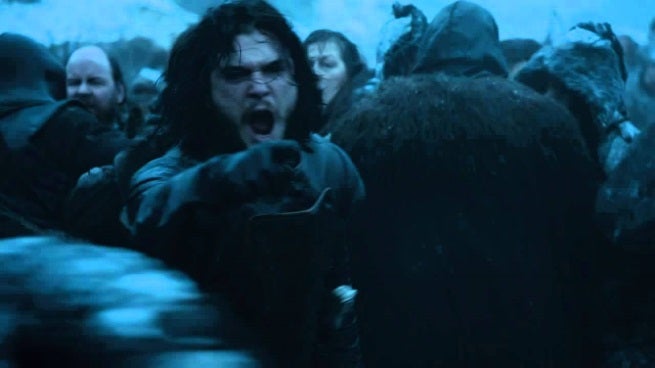 HBO has released a new "Future" promo for Season 5 of Game of Thrones.

The video features several clips from the series, held together by a scene of Petyr "Littlefinger" Baelish (Aidan Gillen) delivering the philosophical line, "The past is the past. The future is all that's worth discussing." We can't see the face of who he is talking to, but it looks like it may be Olenna Tyrell.