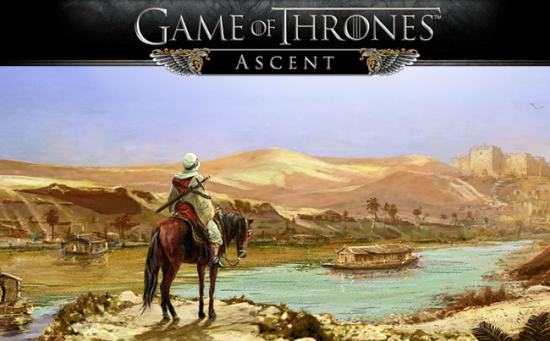 Game of Thrones: Ascent was recently named one of the best Facebook games of the year by Facebook's games team, but developer Disruptor Beam isn't resting on its laurels. Speaking to Gamezebo, CEO Jon Radoff revealed that Game of Thrones: Ascent is ready to continue its conquest on all of your free time by expanding into the mobile market "in the near future." Game of Thrones: Ascent is an RPG/Simulation hybrid in which you can build your own noble house on Westeros. You swear fealty to one of the great houses of the Realm, choose to worship the Seven or the Old Gods, send out adventuring parties to aid your cause, accrue gear and wealth to share and trade with your friends and allies, even father a bastard or two, in a quest to gain power, standing and influence among the Seven Kingdoms. Players on iOS and Android will be able to log into their Facebook account to play on their mobile devices, enabling true cross-platform play, so that players can continue to expand the same house they've been building through the Facebook game using the mobile app. There is no official release date for the mobile app yet, but players can start building their house through the free-to-play Facebook game now.

Game of Thrones: Ascent Coming To iOS and Android Devices