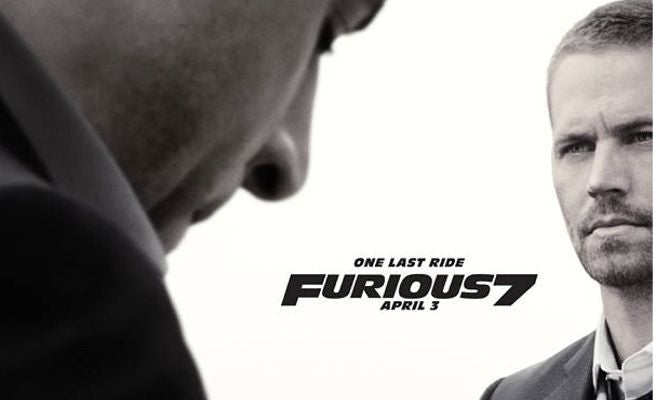 While most Fast and the Furious installments leave viewers gripping the edge of their seats with cliffhanger endings, Furious 7 might have them reach for a tissue box instead.

According to Tyrese Gibson, who will reprise his role as Roman in the seventh Furious installment, Furious 7's closing moments will be a moving tribute to the entire franchise.

"You know what is interesting, anybody who has seen the last four or five 'Fast & Furious' [movies] is that they will know that there is a cliffhanger at the end of every movie," Gibson told Access Hollywood. "It's like this new character or somebody is gonna step in and avenge a death – there is something, [but] we left that alone this time."

With the loss of series star Paul Walker, who tragically passed during Furious 7's production, a more reflective ending was in order for the film.

"We ended the movie the way it's supposed to be ended. The beautiful tribute that I think the world is really going to appreciate," Gibson elaborated.

And just like Furious 7's ending, Gibson refused to tease any developments on an eighth film, insisting that fans should remain focused on the movie that's currently in front of them.

"Me talking about 'Fast 8' would be, I think, inappropriate right now," he concluded.