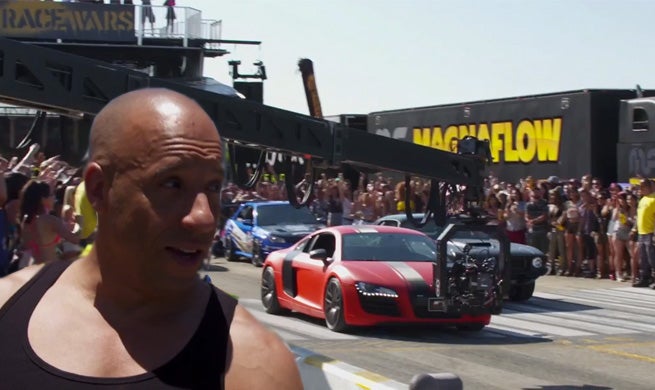 Universal Pictures has released a new Fast & Furious 7 featurette. This time, the video focuses is in the inclusion of "Race Wars" in Furious 7, as described by Vin Diesel, Michelle Rodriguez, and director James Wan.

Race Wars was first seen in the original Fast & Furious movie in 2001. Like the franchise and its characters, the event in the series has grown immensely. Dom Torretto (Vin Diesel) and Letty (Michelle Rodriguez) return to Los Angeles, the franchise's origin, for some good old fashion street car racing.

Furious 7 races to theaters April 3. Are you going to go see it?