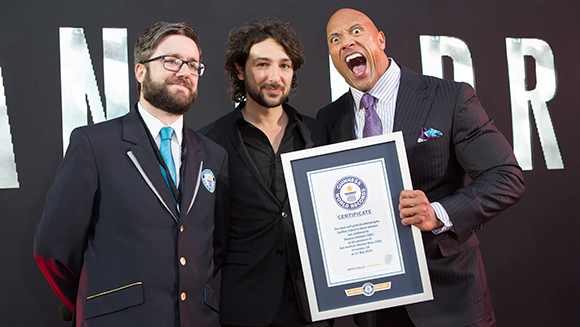 Johnson prides himself as a social media icon (and who is to argue), so big congrats to him on attempting and achieving such a feat. The historic moment was captured on video, which we've embedded below.

We just set a NEW GUINNESS WORLD RECORD for most self portraits (selfies) taken in record time (yup, a selfie world record exists and your arm gets a helluva workout). WORLD PREMIERE of SAN ANDREAS and rewriting the record books all in one night. #MicDropBoom #NewSelfieKing #LONDON #SanAndreasWorldTour MAY 29th.

Do you follow Johnson on any social media platform? Any favorite moment or post he's made recently?