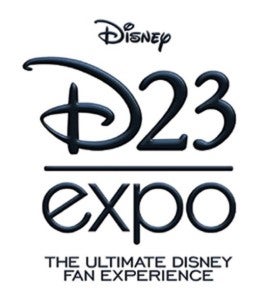 When and where will Disney make the next big announcements in regards to their upcoming slates of Marvel Studios and Lucasfilm movies? We're expecting that there will be quite a few announcements about Disney's Marvel and Star Wars properties at 2013 San Diego Comic-Con in mid-July. But Disney also announced some more details on their own D23 Expo today, which takes place in early August. The D23 Expo will also include Marvel and Star Wars properties, so Disney might save a couple announcements for that event. We're expecting that most of the Marvel Studios news will break at Comic-Con, but D23 could be where more details on Star Wars Episode 7 finally surfaces. Here's what Disney revealed earlier today in a press release. Disney Consumer Products (DCP) will give Disney's most loyal fans an up close look at an extensive collection of interactive experiences and merchandise that celebrate Disney, Marvel and Star Wars timeless characters during the bi-annual D23 Expo, the ultimate Disney fan event. Held at the Anaheim Convention Center from Aug. 9-11, 2013, Disney fans will have the chance to follow their favorite products from "sketch to shelf" and learn how Disney Consumer Products extends storytelling from character and content extension to product development through featured discussions, art and sculptures and final product displays. While at the D23 Expo fans will also be able to immerse themselves in exhibits, hands-on demonstrations, special signing opportunities and exclusive product offerings at the Disney Consumer Products Pavilion. Disney Consumer Products' exciting lineup of events and attractions includes: Celebrating Disney, Marvel and Star Wars -Disney Junior Fun Spot – Get a sneak peek of brand-new toys before they hit store shelves this fall and enjoy special giveaways while supplies last. -Disney Princess Ariel-Themed Sephora Pop-up Shop – Sephora Pro artists and manicurists will give attendees the royal treatment with products from the Disney Ariel Collection by Sephora. The collection will be available for purchase along with an exclusive-to-D23 Expo-only Swarovski crystal-encrusted Ariel compact mirror. Attendees will receive starfish hair clips with every complimentary beauty service each day, while supplies last. -The Mystical World of Walt Disney Animation Studios' Frozen – See feature animation art concepts, storyboards, unreleased film clips, and products from the mystical world of Frozen, the daring comedy-adventure from Walt Disney Animation Studios releasing in November 2013. -Steamboat Willie Redux – Celebrate the history and timelessness of your favorite character from the pioneering 1928 cartoon short, Steamboat Willie. Using the original story and characters as a template, each scene has been graphically re-interpreted by Disney artists and designers in a phenomenally fun mash-up tribute to Mickey Mouse. -Spider-Man's Ultimate Innovation – Come check out products on the cutting edge of product innovation and design featuring one of the most popular Super Heroes in the world, Spider-Man, in Marvel's first-ever appearance in the DCP showcase at the D23 Expo. -Star Wars at D23 Expo! – For the first time at the D23 Expo Star Wars fans can have access to experiences created for them by Lucasfilm and Disney. Darth Vader: The Evolution of a Villain, located in the DCP pavilion, showcases the development of the iconic villain from early concepts to striking realization. Crash Course in the Force: Star Wars Saga 101, presented by Lucasfilm's resident authority Pablo Hidalgo in Stage 23, will give Star Wars newbies and experts alike a thorough grounding in all matters of the Force and the Star Wars legacy. Fans will have the opportunity to participate in other immersive experiences, including: Find Your Voice with The Little Mermaid, a karaoke experience celebrating the music from the film; Journey through the Art of Tink, a gallery where Disney artists, designers, illustrators, and animators from around the world have re-imagined our magical, sassy and feisty fairy, Tinker Bell; What Makes a Puppet a Muppet?, which will help fans learn what it takes to create a Muppets "plush" and then create your own; Take a Ride with Disney•Pixar's World of Cars and Disney's Planes, which explains how the highly collectible diecast vehicles are made; Assembling The Avengers Franchise, an exclusive tour through the history of The Avengers and the chance to see the latest The Avengers products; and I heart Mickey & Minnie, a rarely seen collection of beloved Mickey Mouse toys, apparel, and accessories from past decades, along with a showcase of Minnie Mouse-inspired fashions from around the globe.