Ridley Scott's Prometheus sequel Alien Covenant gets more interesting the more we hear about it. It follows an outer space expedition to colonize an uncharted world - one that has one very ominous inhabitant: Michael Fassbender's Prometheus character, the Android known as "David."

Beyond that setup, we've recently learned that the film's alien threats will include a new type of Xenomorph along with other familiar creatures from the franchise; but how David wound up alone on this planet, and how he got a working body again (after much of his previous one was destroyed) have been big questions hanging over Covenant. 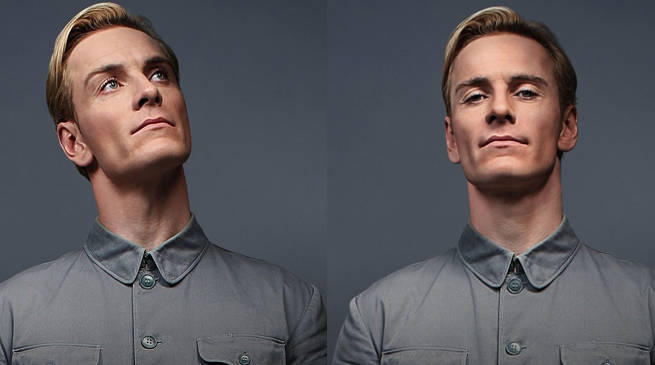 Today we may have new information that helps to answer or further compound that question, as Alien-Covenant.com reveals an interview from The Irish Times where Fassbender himself revealed, "I am allowed to say I am playing two robots – Walter and David." The website went on to (reveal? Speculate?) that Walter will be a newer model of David, who is more humane, and therefore clashes with David. In any case, it sounds like we'll be getting a double dose of Fassbender, which is hardly a bad thing.