It seems like every movie recently is a reboot or remakes of some kind recently. Bringing to life classic toys and cartoons like Trolls, Transformers, and possibly Barbie in the near future.

With all of the remakes and reboots it is time to ask, where is the live action Muppets Movie? It is time to toss the puppets aside and get some humans playing some of those classic well known characters.

So hit Start Slideshow to see a list of 12 celebrities that should be cast as The Muppets for a live action movie!

Michael Cera as Kermit The Frog

Kermit The Frog: a hopeless romantic, an awkward yet funny sense of humor, a slightly annoying but loveable character, and a punchable yet cute face.

What better man to fit the description then Michael Cera!

He has some experience in voices for animated films, so he could nail the memorable raspy voice, and also can play guitar and sing in case the movie wants to go a musical direction. 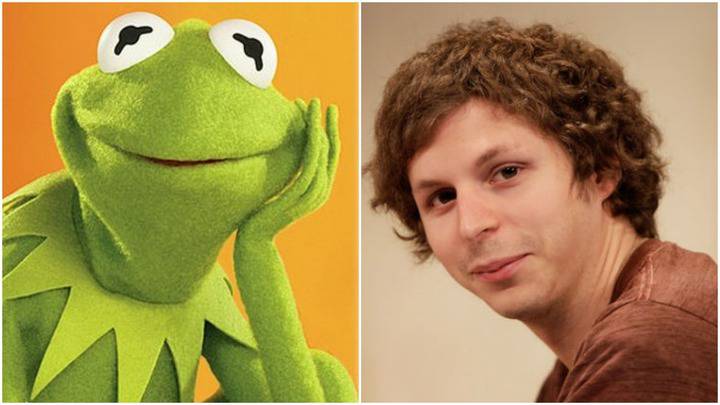 Unlike most of the Muppets characters, Gonzo is not a puppet version of a human or a recognizable animal. Gonzo also often complains about the people who did not appreciate his art.

Andrien Brody, most well known for his quirky roles would be the perfect actor for the job. He also has the tortured artist look going for him, and his sad eyes and nose are a perfect match for Gonzo's as well.

This one doesn't even need to be explained, just look at the picture... But seriously, Fozzie is one of the most loveable characters on the Muppet's cast, with his jokes, big smile, and memorable laugh. So who better to play the role than Seth Rogan?

America's favorite stoner checks everything off on the list and also has the furry bear look going for him as well. He would be the perfect comedian for the job, it helps that Fozzie also looks stoned all the time.

Animal: the crazed drummer, he lives for drugs, sex, and rock and roll. He is well known for his crazy hair and rock spirit. He rocks a choker that is chained to his drums and flails his hair and arms everywhere when playing. Sound like anyone... how about Dave Grohl?

Grohl has the hair, the big mouth, he plays the drums in a chaotic fashion, and look at that choker... The "Rock God" himself would make the perfect Animal!

Nervous, squeaky, shy, and bright red hair, Ed Sheeran is just the ginger for the job.

Beaker is a magnet for disaster and is usually being being blown up, or the victim of weird side effects caused by Dr. Bunsen Honeydew's experiments. Ed Sheeran is a "nice guy" that would be the perfect innocent victim.

Doctor Burnesen is a bald, green-skinned, bespectacled, lab-coated scientist. He makes odd inventions that never seem to work out right for the tester (Beaker).

With Ed Sheeran as Beaker, why not get another Brit to play his partner, well Patrick Stewart seems like just the man. He is just the loveable old guy needed, and he has played a list of Doctor roles in the past. 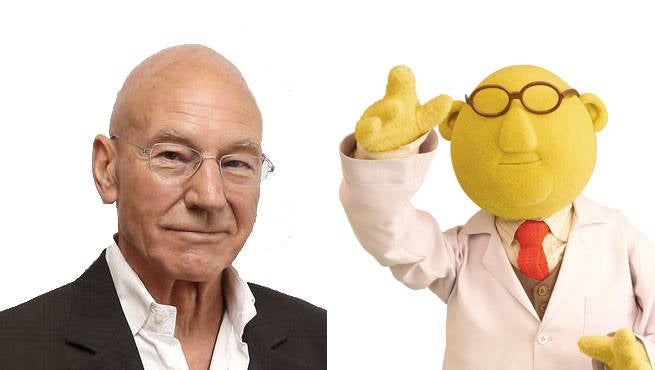 Michael Keaton As Sam the Eagle

Michael Keaton already played a blue bird, he is ready for the job

Will Ferrell as The Swedish Chef

Will Ferrell would be the perfect Swedish Chef, he is well known for his silly voices and accents and this would be a great role for him to let loose. Also when he is sporting a mustache he looks quite a lot like the character. Just give him a hat, some cooking materials, and let him loose, he would kill it.

Steve Buscemi as Rizzo the Rat

Stan Lee and Bernie Sanders as Statler and Waldorf

Two loveable old men that are known for laughing and cracking jokes about others. Stan Lee and Bernie Sanders might be just the perfect pair. The banter between the two would be hilarious, and both gentleman have perfect laughs.

They might steal the show sitting next to each other, cracking jokes and making fun of the other actors and from above. Stan Lee is known for his sense of humor, and loves appearing in things. Bernie Sanders made some wise cracks himself during his political campaign and the audience would love him. The two would be a great duo, and would kill it on the big screen. 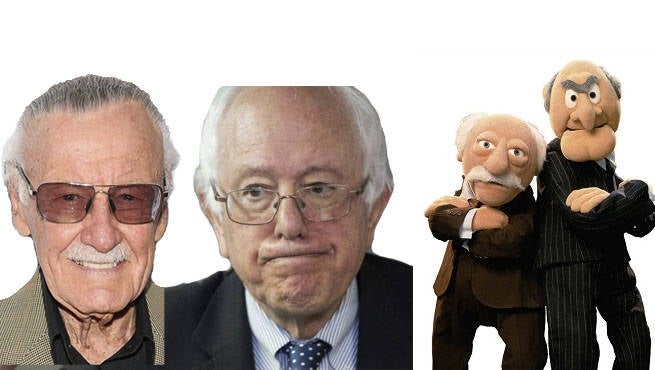