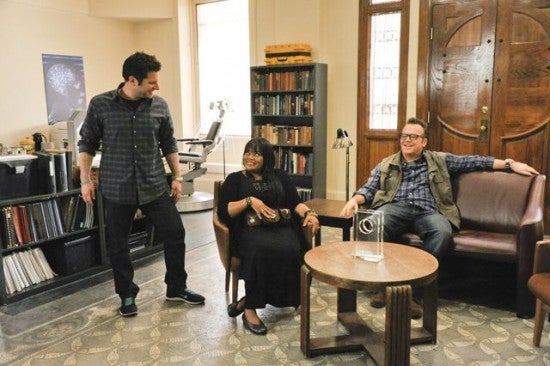 In the episode, the speaker at a paranormal convention for police consultants dies under suspicious circumstances, forcing Shawn to launch an impromptu murder investigation. Mira Sorvino also guest stars, likely as the new Head Detective that Lassiter has been saddled with by the Mayor's office, because she is also listed as guest-starring on the series' final two episodes, "A Nightmare on State Street" and "The Break-Up."

USA Network have made a clip from "A Touch of Sweevil" available online, and you can see it embedded below. The episode will air on Wednesday, March 12 at 9 p.m. EST.