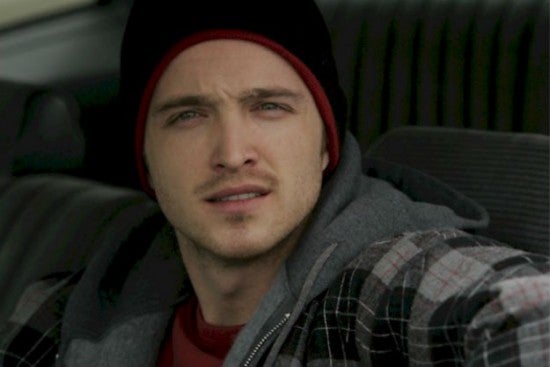 Months after most had declared Ron Howard's ambitious adaptation of Stephen King's Dark Tower series dead, the project (which as conceived and almost sealed a year ago would have seen a feature film-and-TV deal bundled together to tell the whole, long story) is seemingly back up in running in some form.

That's according to Breaking Bad Aaron Paul, who says the plan is still to have three films and "a television element" to the series, in which he's been talking to Howard about playing Eddie Dean.

"I’ve had a ton of meetings on that. I just had a general sit down with Ron Howard, who is a huge fan of [Breaking Bad]," Paul told Ain't It Cool News in an interview in support of his video game adaptation Need For Speed. "Which is such a crazy thing, to even think that Ron Howard even knows who I am. They’re definitely planning on making it.

Paul has been hugely in-demand since the media blitz that accompanied the end of this AMC series, in which Malcolm in the Middle patriarch Bryan Cranston slowly devolved into a man-shaped monster while Paul's attention-deficit junky became more and more decent, ultimately making him the hero in the eyes of many viewers. Need for Speed, his first project to be released post-Breaking Bad, hits theaters on March 14.

The Dark Tower Apparently Not Dead Yet, Aaron Paul A Candidate

Blake Shelton on Being Named People's Sexiest Man Alive: 'They Screwed Up'