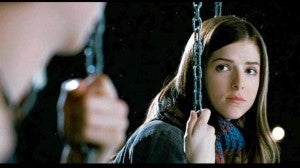 Anna Kendrick, who not long ago was considered a frontrunner for the job of Sharon Carter in Captain America: The Winter Soldier, will appear in Wish I Was Here, the film that Zach Braff will direct following his successful-but-controversial Kickstarter campaign to finance it.

Kendrick, who has starred in Scott Pilgrim Vs. the World and in The Twilight Saga, rose to prominence after starring in Up in the Air opposite George Clooney.

"She has a screen presence so strong you just can't take your eyes off of her. That... is a movie star," Braff said. "I love her. I am thrilled to announce she will be joining us to play Janine, a young woman who's into Cosplay that my brother (Josh Gad) becomes smitten by...". 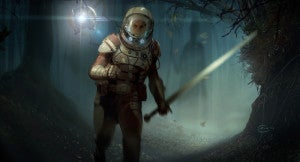 In the film, Braff plays a struggling actor who uses his childhood fantasy life as a "space knight" as a teaching tool when he's put in a position where he has to home school his two children.

Earlier today, The Hollywood Reporter noted that Braff had obtained gap financing for the film, which spurred another flurry of controversy around the Kickstarter campaign. Braff has maintained from the start that the only sources of financing for the film will be Kickstarter funds, his own money and whatever he gets from selling the foreign distribution rights, so some critics and reporters seized on this latest development as evidence that Braff was being disingenuous.

The filmmaker clarified that the gap financing was meant to make up the difference between the the first two types of funds, which he'll obtain almost immediately (out-of-pocket and Kickstarter), and the film's budget, while the foreign distribution funds are in limbo. He described the process basically as a short-term loan, wherein he'll use the foreign distribution funds to repay the gap financing but the funding scheme for the film remains unchanged.

Wish I Was Here also stars Dead Like Me's Mandy Patinkin and Book of Mormon's Josh Gad, and is expected to be released in September 2014.