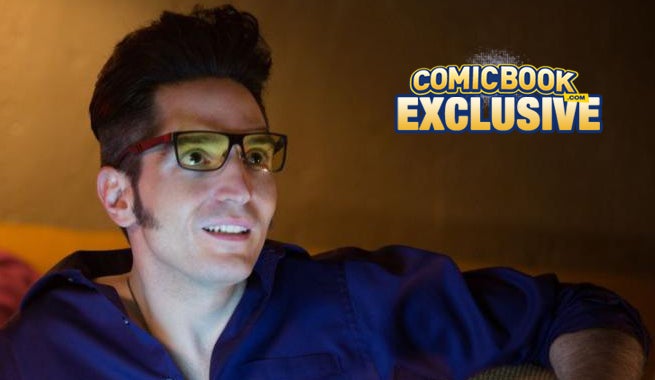 David Dastmalchian is one of very few actors to have performed on both sides of the comic book spectrum. Having starred in The Dark Knight, one of the most iconic films in recent history, and set to appear in Ant-Man when it opens July 17, he knows a thing or two about comics.

We caught up with Dastmalchian at the Marvel Headquarters in Burbank, California for an exclusive interview. We talked about all things Ant-Man, movies, and more. Check it out for yourself in the interview below.

CB: First of all, who's idea was the Russian accent you're sporting in Ant-Man?

DD: Okay, so originally I auditioned for the casting director in like January of 2014. The script that I got, there was originally some more members of the crew. Kurt was always a member of the crew. [Answers phone call from wife] We're in the middle of an interview, so I'll have to call you back! [Hangs up] FYI, side note, when we started dating my wife had this apartment in Long Island City, Queens, and she had some great Dark Knight stuff. Comics from Frank Miller framed on her wall. I was like... "And she's gorgeous? And she's the coolest person ever?" 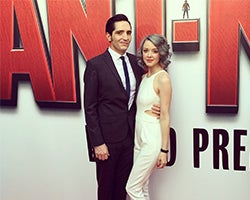 That's when you know!

That's when you know! That's when you're like, "Get me a ring!" So, I auditioned for Sarah Finn in January 2014 and I did know the character. With the material he was open to interpretation but he was definitely from some place like eastern Europe or Russia. So, I created this voice and this character. I've not gotten opportunities to go after roles like Kurt in my career so I really went for it. I put on a whole look. I want in and she responded to it so she brought me in to talk with the director at that time who was Edgar Wright and he loved it and then he brought me in to test opposite Paul. At that point, they had already gotten Peña on board, too. So, then it was a long process of me going into rooms and doing my character. They liked it. I got the job offer the week my son was born. It ws an incredible time in my life and then everything started to change. I didn't know if my part was gonna still be a part of the film. So, thankfully when Paul [Rudd] and Adam [McKay] went to do their rewrites and Peyton [Reed] came on board, they all liked this thing that was happening with Kurt. Miracle I got to be a part of the film!

Oh, yeah! I feel like that's one of the things the universe has done so well! Their whole approach to it. The comics to me... The Marvel heroes were my favorite. Third grade is when I started collecting. And then DC villains were always my favorite. Interestingly. I do imaginary crossovers. With Marvel and what Stan [Lee] and all the other great writers and artists and colorists did - especially with Marvel - they brought vivid colors to life in the films like they did in the comics. The tongue in cheek in the humor, it's there. It's in the source material, you know? And the fantastical nature of Ant-Man himself. I got really into comics when I was in like third or fourth grade. I started collecting the West Coast and Hank Pym... It wasn't just him at that point. He wasn't Ant-Man anymore. He was in his orange jump suit and he was a lot of different people but the Pym Particle and the mythology and all that, I understood. I felt like, even reading all the different reincarnations of the script, the script just got to me with that tone.

Now that you mention DC and Marvel, you've been on both sides of that fence in the cinematic sense! You got to be in The Dark Knight, one of the greatest comic book movies of all time! 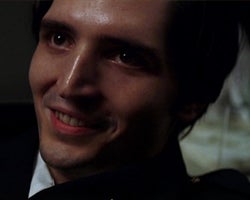 One of the greatest films ever made, I think. That sounds like whatever. I know I'm in it but it's just...

Yeah but it truly is one of the greatest comic book movies of all time, let alone one of the greatest movies in general. Now, I agree that DC has better villains. I'm really waiting on Marvel to nail it with that one great bad guy as DC usually does. They certainly took strides with Ant-Man. Yellowjacket had a purpose and was relatable in a sense.

When it comes down to it, do you have a preference between Marvel and DC?

Well, like I said, I think tonally, the darkness and the villains and the noir aspect of... Especially that phase of DC when I was reading first, which would come in in the early 90s, late 80s on, there was a really great hay-day period there in the comics where they really pushed the barriers of what those [DC] characters were doing. Heroically, on the Marvel side of thing, what Marvel does so well and now it's another awesome thing about the Cinematic Universe, is this idea of people who don't necessarily like each other, and diverse skills, and diverse abilities, and from different parts of the world having to come together is a really nice thing. I feel like they're building to, if you remember in the Secret Wars thing that took place, that makes sense in this world. You could understand how guys like people in our film could be intersecting with Stephen Strange or people from Guardians for goodness sake. Who knows?

Eventually! We all want to see it.

Speaking of Guardians, you're working with James Gunn on The Belko Experiment. How is that going?

He's great. I've known James for quite a while. We've never gotten to work together. It's a really small interesting world. His brother, Sean, studied at the same place I did. I studied theater in Chicago. His brother Sean is somebody I always looked up to as a great actor and so now, Sean's in the film and that's how found me. James is a real loyal guy who keeps his stable of people that he loves around. I'm very lucky that I ran into James at the Avengers [Age of Ultron] premiere. He said to me, "I'm doing this movie! You gotta do it! There's this part!" So, I met with the director, Greg McLean and I read for him and luckily it all worked out and it's so fun to play. What I love about James, of many things, is he's a great visual story teller. But he's a genre transcender. I feel like he works within genres. If you look at Slither, what is that? It's a horror, gore movie but then it becomes something altogether different. Guardians! It's not just a super hero film. It's not just a sci-fi opera. It's not a space opera. It's a movie about friendship.

You can't even classify it to just one thing.

Yeah! It's tough. That's why I really feel like Peyton did something so spectacular with Ant-Man. It really transcends the genre in a cool, fun way.

James Gunn just submitted his first script for Guardians of the Galaxy 2. Has he let any details slip through the cracks?

No details per say but I will say we spent a lot of time hanging out in Colombia before he had to come back here. He's like a kid in a candy store. He was with one of his producers and his assistant and they were getting ready to hand in his newest version of he script and we hung out one night. We just sat in a park and movies all night. He didn't give me any pertinent details but he did say he's incredibly excited. As are all of us! My baby was only a few months old and we'd go to the drive-in in L.A. and we took him twice to see Guardians. He's only a baby and babies can't even see probably but it was more for me and my wife.

Did you just fly in from Colombia today?

I just flew in two days ago and I go back the day after we premiere Ant-Man on Monday. Tuesday I'm on a 7 o'clock flight to Bogota.

Is there any chance you might pop up in Captain America: Civil War after Ant-Man?

You know, I just rode the elevator with Kevin Feige. I think you and everyone else who ever talks to him has to just keeping putting that out there! [Laughs] We're gonna keep campaigning. We're gonna trend that! The Antourage needs to be in Civil War! Man, who knows? To be in this film is such an honor and I'm so grateful to be a grown up and for my job... My grown up job... When I go to the office... Getting to do this and getting to be in Marvel Universe and getting to be in Nolan's DC Universe... I don't know how professionally it gets any better. If I get an opportunity to be in their films, it's a dream. Next to getting to spend time with my family, there's no place I'd rather be in the world than on the set of these films.

If you were to pop up in Civil War, who's side are you on?

Paul made an interesting comment about how he felt like he would get along well with the Starks. I disagree. I feel like Pym and Stark... There was a battle between the technology and a battle between the personalities... I feel like Ant-Man is actually gonna get... I can't say this because people are gonna say, "Oh, David said this!" But I wanna be in the van with Cap and the back doors open and the shield comes flying out and then he misses catching it and it cuts my hair in half! That's where I think... That's the side we'd be on. Not necessarily the side I'd wanna be on but with the history in the comics that's where we'd end up.