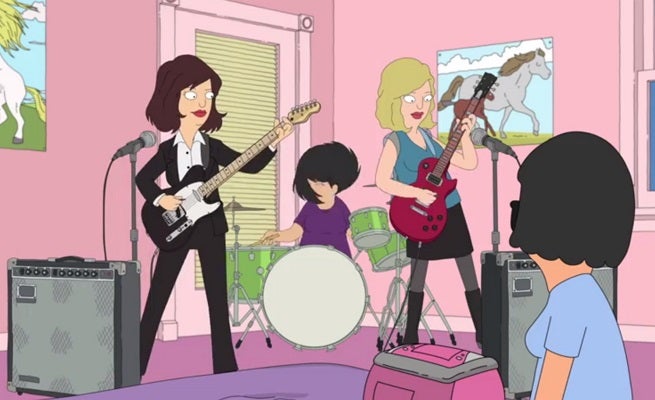 Sub Pop Records has released the latest music video from Sleater-Kinney. The video, for the song “A New Wave,” is completed animated in the style of Bob’s Burgers, and features guest appearances by the Belchers.

It all starts when Tina Belcher puts Sleater-Kinney’s album, No Cities to Love, in her CD player, and the band suddenly appears.

No Cities to Love, Sleater-Kinney’s first album in 10 years, was released in January. The first video, for the album’s title track, featured several actors and celebrities singing along to the track.

Kobe Bryant and Daughter Gianna May Have Survived and Suffered Helicopter Impact, According to Vanessa's Lawsuit