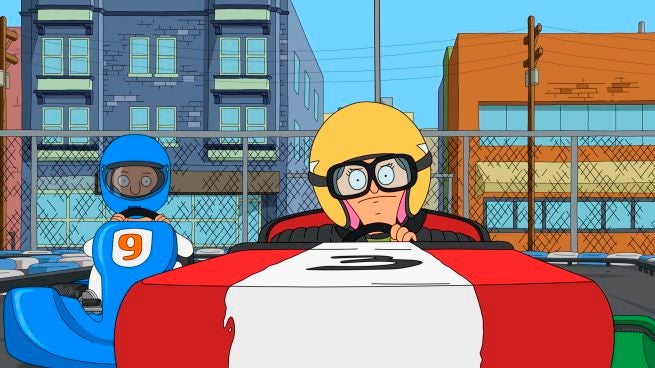 In “Speakeasy Rider,” Tina, Gene and Louise are ready to put the pedal to the metal when they join a go-kart league. Meanwhile, back at the restaurant Bob and Teddy partner up to serve Teddy's home-brewed beer on the sly.